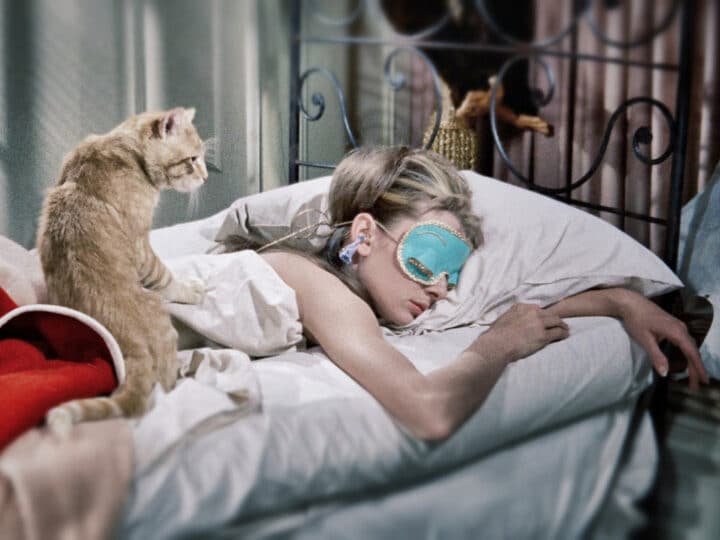 What do Garfield, Simba, and Puss in Boots have in common? Well, they’re all cats in famous movies, after whom you may want to name your own precious feline!

It can be hard to choose a name for your new kitten. Many people go for something that references their cat’s appearance or their personality. Movie cat names are a more subtle way to do this and can also bring back good memories.

These monikers are creative and make major talking points when you introduce your cat. Take a look at some of the best movie cat names right here.

Movie Cat Names – Will my Cat Even Notice?

The study worked with 78 different cats across single and multi-cat homes as well as in cat cafes. The study found that most cats are able to distinguish their names from similar-sounding words and from other cat names.

The color of your cat or its markings can help you make a choice. Look at your kitty’s shape as well – is he sleek or solid? Pointy ears or flat back ears? Fluffy or sleek? Think about the concept of Onomatopoeia. This is when a word looks like what it describes.

A quiet and shy cat won’t suit the name Tigger.

Breeds can provide name ideas. How about Richard Parker for a Himalayan Cat?

You will use your cat’s name an awful lot – so the fewer the syllables the better. Also, this will be easier for your cat to absorb and remember.

Plus it is likely that you will be introducing your cat to friends, family, vets and others so a shorter name is easier for everyone to understand and remember.

Aslan might not be the best bet if your cat is a Munchkin.

Names that aren’t terribly flattering to your feline will most likely tire quickly such as Scar.

Food is a great opportunity to develop matching names for cats in your household – like Garfield and Odie. Or Pooh and Tigger. Or Elsa and Olaf. So many good combinations and options!

Across the decades, there have been some remarkable felines on the big screen who’ve stolen our hearts. Why not pay tribute to them and name your cat after them?

This trendy name comes from Disney’s The Lion King. Simba hints at your cat’s playful and openhearted nature since Simba befriends animals from all species and loves to run around with his friends.

But, as the King of Pride Rock’s name, ‘Simba’ also exudes majesty and courage.  It’s an excellent choice for a cat who rules the house (from a tall cat scratching post, that is).

The cat with a huge grin that appears in Alice in Wonderland is another popular inspiration for names.

In the book’s original illustrations, the Cheshire Cat is an orange tabby, while in the Disney film, he’s pink and purple.  In the Tim Burton movie, though, the cat is grey and rather creepy-looking. So this is a name that is appropriate for fur babies of either color.

Is your kitty smart, brave, and fiercely loyal? He might answer to ‘Crookshanks.’ Crookshanks first appears in Harry Potter and the Prisoner of Azkaban as the feline who pursues murderer Pettigrew (who is disguised as a rat). He’s also playful and loves to purr in Hermione’s lap.

Crookshanks is a ginger cat described as a small tiger. If your cat answers this description, this may also be a suitable name.

Is your furbaby a bit of a rule-breaker? Or perhaps a serial hunter? Shere Khan is the ruthless King of the Jungle in The Jungle Book who vows to kill Mowgli. His dislike of humans derives from his fear of human weaponry. So, if you have a skittish rescue, this may be an option.

This fierce, charismatic kitty stole our hearts as soon as he burst onto the screen in Shrek 2. So much so that he even got his own spin-off film Puss in Boots. This name is for a cat with a tough exterior who’s not afraid to turn up the wide-eyed cuteness when he wants something.

There could be no Bringing up Baby without the eponymous leopard. Starring Cary Grant and Katherine Hepburn, the film is full of glamour. Baby is a tame leopard sent to the heroine Susan from Brazil.

Is your feline fierce on the outside but super tame and loving on the inside? If so, this moniker is worth considering.

If your cat is entirely in touch with his wild instincts yet companionable, try calling him ‘Richard Parker’. This is the tiger in Life of Pi who is stranded on a lifeboat with Pi.

Although Richard Parker is somewhat dangerous and returns to the wild, the two become close enough to cuddle. One of the most appropriate movie cat names for a furbaby that’s gone for hours before he returns to sit on your lap.

If you grew up with Winnie the Pooh, then you may want to name your kitty cat after Pooh’s friend, Tigger. The tiger is full of fun and energy and is a loyal companion. This is also a fitting name for a cat with stripes on its fur. ‘Tigger’ is a cuter, catchier spin on ‘tiger’.

Master Tigress is the tiger voiced by Angelina Jolie in Kung Fu Panda. One of the Famous Five, she’s full of confidence, believing that she is the only one who can defeat Tai Lung.

Call her ‘Master Tigress’ if your feline has a powerful aura and feels the need to protect you or demonstrates some impressive moves when playing with her toys.

‘Cat’ is what Holly (Audrey Hepburn) calls the ginger stray she adopts. She refuses to name and fully accept the cat until the end when, in an unforgettable scene, Holly and her love interest run after him in the rain. This is symbolic of Holly finding a sense of belonging.

If you’re living on your own for the first time or getting a cat a significant milestone, this is a meaningful movie cat name. You could also name your furbaby after Orangey, the famous actor feline who played Cat.

Do you have a kitty cat with a larger-than-life personality who loves to indulge in some creamy lasagna? There’s no doubt that he’s your Garfield.

⇒ An entertained cat is a happy cat. Check out my posts on 9 Best Treats for Cats, Ultimate Guide to Gifts for Cats, 6 Best Toys for Cats, 14 Best Cat Chew Toys, Clothing for Cats and Best Costumes for Pet Cats.

The adorable Garfield first appeared in comics before making his way to the big screen in the eponymous films. He’s always getting up to trouble, has a hilarious sense of sarcasm, and seems to put himself first. A fantastic name for a cat with a healthy amount of pride who rules your roost!

Still not sure about what to call your cat? No problem, I’ve got a few more ideas right here.

Names of Pet Cats in Movies

There sure are some charismatic domestic cats on the big screen. Here are just a few:

Names of Wild Cats in Movies

Has your cat more of a fierce streak? Try one of these wild cat movie names.

Please Note: This movie cat names post contains affiliate links. That means if you click through on most of the links and end up making a purchase I will receive a small commission. This will not affect the price that you pay. I wanted to make sure that you were aware of this.

Hi! I’m Amanda, an Australian who has been calling London home for over 15 years. Join my furry Siberian friend Alexei and I as we seek out all things feline, stylish and practical to help us live our best 9 lives!