12 Most Popular British Shorthair Colors | From Cinnamon to Lilac 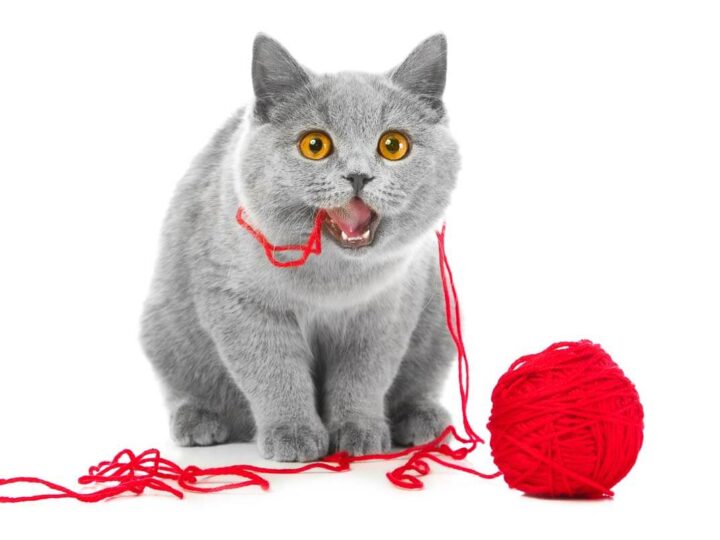 Round cheeks, fathead, short, soft thick coats, large amber-colored eyes, and a rounded body – the British Shorthair is the epitome of a cuddly teddy bear.

When the mention of a British Shorthair (BSH) comes up, the image that first springs to mind is the classic British Blue: a pretty kitty with a solid blue-grey coat and bright copper-amber eyes. However, their coats actually come in an assortment of colors and patterns. These include some novel hues such as lilac, smoke, fawn, chocolate…the list goes on.

Along with the array of colors, these kitties also come in a bunch of patterns with diverse eye colors. So, before we carry on about the cuteness overload of these adorable fur-balls, let’s take an in-depth look at what these gorgeous kitties can manifest.

Then, you can check your British Shorthair’s paws, undercoat, muzzle, and markings to see what exactly your precious kitties’ color is.

The British shorthair is a very popular cat breed. These friendly kitties are easy-going and loyal. They like quite a bit of attention from their owners but won’t be hanging out in their laps. Females of the breed tend to have a more serious demeanor than males.

This is a breed of cat with a long history. When the Romans invaded Britain they brought their cats as a means of protecting their food supply. The cats stayed behind even when the Romans left. The Brits had fallen under the spell of these charming kitties.

The breeding of pedigreed cats became popular in Victorian England and one of the first breed varieties to be developed was the British shorthair. The British longhair came about in World War 1 when cross-breeding was done with Persian cats.

British shorthairs nearly died out during World War 2 due to food shortages. After the war finished, those that survived were cross bred and the breed survived. The American Cat Association recognised the British Blue in 1967, The International Cat Association in 1979 and the Cat Fanciers Association in 1980.

Monochrome (solid-color) kitties are sleek and stylish. These felines have an equally distributed color throughout their entire bodies, without any stripes, patterns, white hairs, or spots.

These classic solid colors include blue and lilac. The more unusual colors are cream, red, and chocolate. And, the rarest and most interesting of solid colors are fawn and cinnamon.

Let’s take a further look at these base, solid colors before moving on to patterns and mixes found on our British Shorthair kitties coats.

The classic “British Blue” is, in many people’s minds, the essence of the British Shorthair. These kitties have dense coats with a light to medium blue-grey coloring. The coat should be a solid (monochrome) color; while the undercoat may be slightly lighter, white is not acceptable on these blue felines.

Did you know that all blue cats are actually genetically black cats with an additional dilution gene? This gene reduces the amount of pigmentation in the cat’s fur which results in a blue appearance.

A typical adult British Blue’s eye color is a rich amber or a golden, coppery orange. Their paw pads and muzzles should all be ‘blue’ in color.

Lilac British Shorthairs possess a combination of gray, blue, and pink tones on their coats. Their fur is present in mixed variations, from cold lavender to warm pinkish gray. This color is actually a chocolate cat with the dilution gene. This gene reduces the pigment in the fur so the chocolate ends up looking lilac.

The tips on their noses and paw pads blend with the appearance of their fur. While their eyes are bright, orange-copper, or amber in color.

These make for some of the most intriguing of BSH kitties.

A Black British Shorthair is challenging to find and appears almost whimsical in its jet black coat. Sometimes, a kitten is born black and changes its color to chocolate as they grow older.

Like their solid color coats, these kitties’ paw pads and tiny noses are also black. The beautiful contrast to their fur arises with their classic copper, orange or golden color eyes.

White British Shorthair cats are much loved for their pure, snow-white fur, without smoky or yellow undertones, spots, and stripes. A white-colored BSH’s paw pads and muzzle should be pink without any coloration, too. All white cats are actually colored cats but they have a white gene which in effect masks their “true” colors.

The Red British Shorthair, better known as Garfield, inherited their genes from Persian cats and other red-colored cat breeds. These fiery kitties often come in tabby markings on their paws and foreheads.

Their eyes are a rich orange or copper color and the tips of their noses and paw pads have some red, brick tones. These felines’ coat colorings rarely have a solid or even red color and typically come in an uneven distribution of blends.

Cream-colored British Shorthairs have a pretty light red color, which appears if a white gene is present in the feline. These cats have a soft, pastel shade of pale off-white fur.

The adorable creamy kitties’ noses and paws are a cute pink color. Their eye pigments shine that beautiful, yet typical, British Shorthair orange, gold, or copper color. This gives them that rich contrast from their light fur.

Like the red BSH cats, these beautiful meow machines sometimes have tabby markings (in the human world, that’s freckles).

Chocolate British Shorthairs receive their coloration from cross-breeding with chocolate Persians. Like British Blues, white hairs or hair of other colors are not acceptable.

However, the coat color in this breed can vary in any shade of chocolate – from dark to light milk. Their coat tones are also referred to as havana or chestnut.

The coat color, coupled with rich orange or copper eyes, provides a charming contrast in these felines. Their paw pads and nose tips are either chocolate or pink in color – too cute!

Cinnamon color kitties are considered relatively rare. Like their name, the Cinnamon British Shorthair color is similar to the diluted chocolate. It’s a warm, soft chocolate color with copper or reddish-brown undertones.

Their eyes are bright amber or orange in color. Also, these kitties’ muzzles and paw pads will always be a pink or cinnamon color.

These kitties are extremely rare. Their appearance looks more like a light cinnamon color.

Tortoiseshell BSH colored kitties have a combination of tabby patterns with patches of solid shades, giving you a mosaic pattern on your feline’s coat. Their eyes should be a copper, orange, or amber color with no other shades permitted.

Only female BSH kitties can be torties as the gene for this color is linked to sex.

There is a wide variety of tortie-colored BSH kitties. Take a look at some of the most popular tortie tones and their different coloring combinations below:

In classic, spotted, and mackerel tabby cats, the face markings should include the “M” on their forehead – looking like a rather concerned kitty with a frown. There should be lines running over the head and down the shoulders.

In various tabby cats, the tail should have ring-shaped markings, and the tip of the tail is the same color as its stripes. Their bellies and toes should have spotted markings and rings on their legs and paws.

Symmetry is important, and markings should be reflected on either side.

Other types of tabby colorings include:

Colorpoint cats are distinguished by special color marks, with light-colored bodies and contrasting points on their paws, tails, masks, and ears. British Shorthair colorpoint kitties inherit their markings from the Siamese and Himalayan cats.

This pattern comes about from a colourpoint gene that prevents the development of color on the warmer parts of the cat. The effect is that the cat’s extremities are a darker color than their body.

The areas of concentrated pigments are called “points” and come in every color of the British Shorthair cat, from lilac to cinnamon, tabby, and calico.

There are several groups of the color points found on British Shorthair kitties, namely:

Different fur colors for cats are linked to different myths about what those colors mean. For example, gold fur on a cat could mean that this cat will bring you wealth. And if that gold is faded you are lucky. White cats are said to attract positive energy and happiness.

Are black cats really unlucky? Apparently not. Some believe that black cats provide the type of energy which keeps evil energies away.

What about the traditional BSH blue? Blue cats are said to make their owners feel safe and to bring academic fortune.

The classic British shorthair cat has round paws, small rounded ears set apart, a stocky body, and a broad chest. Its round face usually has a snub nose, round eyes, a strong chin, and a hint of a smile. The British shorthair tail even has a round tip.

His short dense coat should be brushed two to three times a week. This is a breed that is usually quite easy to groom. Owners will need to increase the frequency of their brushing in the spring and fall as shedding increases in preparation for the seasonal coat. If your cat’s short hair is on the longer side daily combing may be needed to prevent mats.

The non fur grooming requirements for British shorthairs is fairly typical. Trim nails as needed which is usually weekly. Brush their teeth frequently with a cat tootpaste. Check your cat’s ears weekly for any unusual marks or bumps or smells.

British Shorthair kitties come in a bunch of different colors, patterns, and even eye colors. They are not only defined by the color of their fur but also by their undercoats, if there are any patterns present, their eye colors, and the tinges of their paws and muzzles.

Every kitty color has its own unique characteristics. So, now that we’ve covered all the shades, tinges, and hues of the British Shorthaired felines, what’s your favourite?

Please Note: This british shorthair colors post contains affiliate links. That means if you click through on most of the links and end up making a purchase I will receive a small commission. This will not affect the price that you pay. I wanted to make sure that you were aware of this.